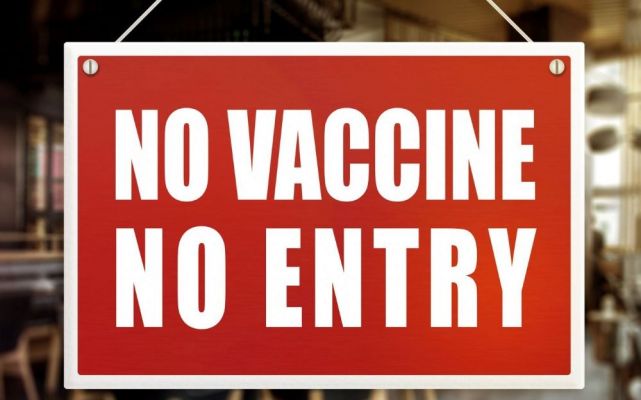 “No vaccine, no work”

About 20 protesters gathered on the morning of September 2, 2021 in “Skanderbeg” Square in Pristina, who loudly opposed the decision of the government of Kosovo to wear a mask, but also the constant requests of the authorities for vaccination, while on the same day over 20 thousand citizens all over the country, quietly waiting in line were immunized against COVID-19.

The interest of citizens to be vaccinated in the last days of the summer season was only growing, since in the small European country with about 1.8 million inhabitants, the Delta variant of COVID-19 had several days that was wreaking havoc, as the number of victims of this deadly virus on September 2 had reached 32 and over 1600 people were infected.

An even higher number of COVID-19 victims was recorded four days earlier, respectively on August 29, 2021, when Kosovo had registered the most victims in the world from COVID-19 per 1 million inhabitants in the last 24 hours, leaving behind Georgia, Northern Macedonia, Tunisia and Jamaica. On this day 36 Kosovars lost the battle with Coronavirus.

Despite the high number of deaths (about 3000 since the beginning of the pandemic) and infections (over 160 thousand), Kosovo still ranks among the countries of the Western Balkans with the least number of citizens vaccinated against this virus, where so far only about 30% of citizens have received the two doses of the vaccine.

An alarming situation with vaccination prevails among the non-majority communities in Kosovo, namely Roma, Ashkali and Egyptians, where the statistics of citizens immunized so far against COVID-19 are in single digits.

In Kosovo, vaccination has not yet become mandatory, as of September 3, 2021 the government has decided that civil servants should not be allowed to work without proof of vaccination or without presenting the relevant tests. This is due to the fact that there is still reluctance among citizens for vaccination and such a restriction aims to increase the number of immunized citizens.

Unlike Kosovo, different countries in Europe and the world are making the COVID-19 vaccine mandatory.

Not a few citizens of Kosovo still have their reluctance about the existence of the virus, among which there are public figures.

On the other hand, the Ministry of Health, in addition to delaying vaccination, a process that began in June this year, has failed through awareness campaigns to convince citizens of the necessity of vaccination and remove the dilemmas of many skeptics of the virus, that vaccines do not have a “chip”.

The United States Embassy in Pristina has been forced to make an announcement on its official website that vaccines do not have a “chip” and are safe for the health of the citizens of Kosovo.

While such skeptics exist and the statistics of fully vaccinated are still low in Kosovo, the obligation of citizens to be vaccinated against COVID-19 is said to violate human rights, therefore the authorities can only appeal for vaccination.

Where the line is between citizens’ health care and human rights violations, American experts, who have been involved in drafting health laws, have consistently argued that a person’s choice affects the health of other people and the public in generally, therefore people have no fundamental right to refuse vaccination.

They have even made an interesting comparison between the vaccine and the speed limits of vehicles. “A person may want to drive a car 100 km/h on a residential road. “They may not believe in speed limits, but they are still required to respect the limit for the sake of people who may cross the road or have to retreat.” This fair premise, which also preserves public health, could justify such a policy: “No vaccine, no work”.