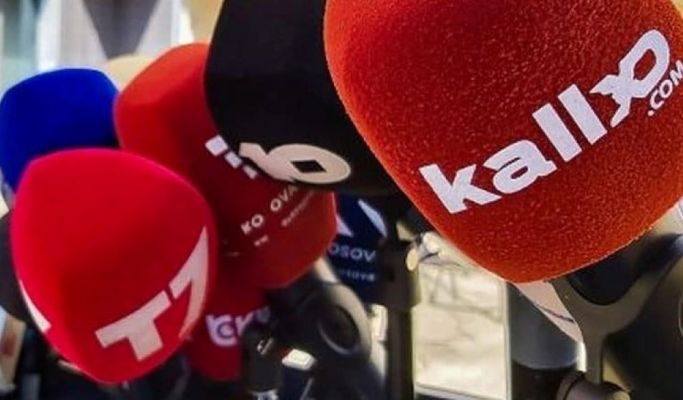 In Kosovo there is a large number of print media, which now, due to the pandemic, are only working online and publishing electronically, instead of printing as they used to. Also in recent years there has been an increase in the number of independent media which function as televisions, but also as print and electronic media, meaning that many media use two communication channels to reach their information to the general public.

In a study conducted through the Worlds of Journalism survey, it is said that the media in Kosovo are in a worse situation than reported, because 2/3 of journalists work on temporary contracts, and this is why journalists may have problems in their accurate and correct reporting, while the media have a lot of difficulty in their survival.

Independent media in recent years has increased the standard of reporting and respect for the freedom of the press, it is worth noting that these media allow very little space for propaganda and dissemination of hate speech in contrast to the media in other countries.

Regarding the sustainability of independent media, we can mention that for some of them the biggest problem of being independent is in terms of funding, which means that they do not have income stability, which allows to also influence their quality and scope. Some media outlets are funded by certain businesses, politicians, and public figures, some media outlets depend on advertisements, and some have their finances exclusively related to clicks. These are probably the reasons why they cannot be completely independent, because during their writing different editorial policies are imposed on journalists. The number of clicks influences many media to produce sensational news with bombastic headlines that do not match the written text, just to increase their finances.

Although most media outlets in Kosovo provide good quality reporting, journalists and the media itself are often verbally and occasionally physically and cybernetically threatened just to intimidate them, but these threats and attacks are significantly smaller compared to years ago, and to other states. The media in Kosovo, regardless of the challenges they go through, try to provide fast, accurate and reliable information to the citizens, thanks to the journalists who do their job with dedication.

In many cases, these journalists, through the research, stories and articles that they publish, manage to solve many major issues, to discover many corruption scandals, and to quickly solve many problems of the citizens, because in the end, the mission of every journalist is mediation or transfer of information; the media is the eye and ear of every citizen, and it is not in vain that it is said that the media is the fourth power, after the legislative, the judiciary and the executive.