Maria and Luigi, two students from the University of Naples “L’orientale” in Italy

People in Kosovo give you a piece of their heart

Two students from the University of Naples “L’ Orientale”, Maria Teresa Conte and Luigi Di Meglio talked to The Balkan Forum about their experience in Kosovo. Both, Luigi and Maria study Albanian Language in Naples, thus the ability to visit the country and being able to experience from close the language and culture has affected their perception about Kosovo.

In this interview, Maria talks about her first visit to Kosovo in 2015 and that she keeps coming back, and feels good because people are friendly and she can practise the Albanian language with them. She says that in Italy, because of the past, not a lot of young people see this [Western Balkans] region as a destination to visit. Maria says that is important that young people from elsewhere know about the beauty and hospitality of Kosovo, the food, the culture, traditional products, nightlife, bars, and the music. For example, she says that she always shows pictures and videos of her visits to Kosovo to her friends in Italy, because of which her friends have told her, “Next time we’ll come with you.”

For Luigi this is his first time, first visit in Kosovo. He has positive impressions about the country. He is struck by how people are friendly and are always willing to have a conversation, exchange ideas and even if his Albanian is not so good, people will speak to him in English just so he feels welcomed. Moreover, Luigi also points out that he really likes how the coffee is prepared here in Kosovo but also enjoys drinking the local beer.

Luigi looks forward to other visits in Kosovo so he can become fluent in Albanian as such be able to carry an authentic interview. 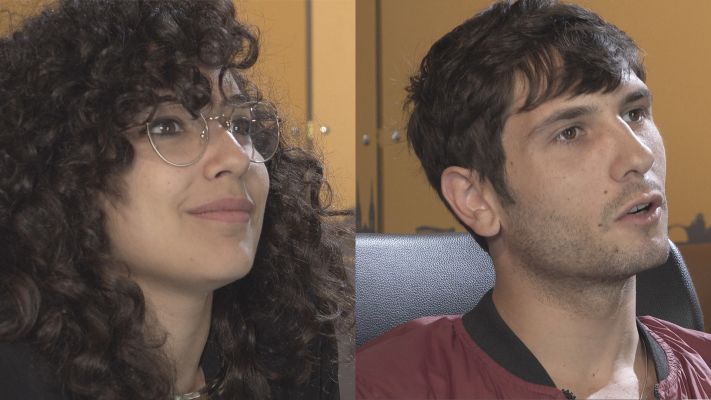 Interview with Maria and Luigi