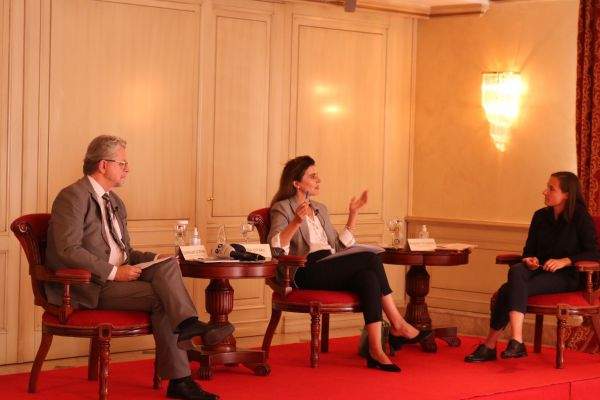 Vlora Çitaku: Freedom of movement is a basic fundamental human right and EU has failed to deliver

"Before I was an Ambassador to the United States, I was the Minister for European Integrations. And I remember very vividly June 14th, 2012 when we received the visa roadmap for Kosovo. I was in Brussels together with the delegation and if someone would have told me that day, that in September 2021 I would be still speaking about visa liberalization for Kosovo, I would have called it crazy. Citizens from Columbia and Venezuela to Taiwan and everyone else in between can travel to Schengen zone visa free. 1.8 million Kosovars cannot. This is, it's shameful for the European Union itself. Freedom of movement is a basic fundamental human right and, unfortunately, EU has failed to deliver."