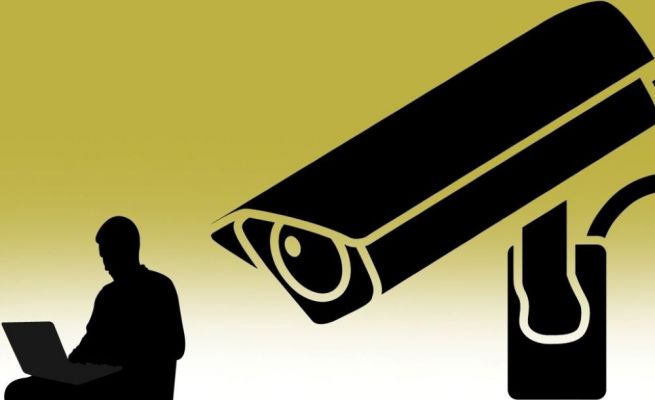 Observation from the bird’s perspective

“Birds are not real” – was the motto and fear of hundreds of people at the protest in Springfield, USA, on June 23, 2021. In the midst of the pandemic, the global challenges of distrust in anti-covid vaccination, and at a time of false news that is hitting trust and ethics in many walks of life, American protesters believed that nearly 12 million birds had been killed by the government to be replaced with bird-like drones, for citizen surveillance programs.

Just two days ago, in Pristina, a man physically assaulted a woman in a mall. This became the main news in the country’s media, increasing the anger about the growing violence against women. Everything was clear at the scene of the incident, recorded by surveillance cameras.

Although Kosovar society still has a strong conservative sense in private but also public life, surveillance, including surveillance with cameras in various spaces and electronic interceptions, can be said to have never been discussed as a concern in social forums.

Nearly six years ago, the law on electronic communications also passed public hearings with a small group of non-governmental sector activists. It was shortly after the revelations of American Edward Snowden and the world was talking about comprehensive surveillance. Near this time period, in 2014, the “Pronto” affair also took place in Kosovo, one of the media publications of a series of anonymous wiretaps, where various state officials plot employment in institutions. A lawsuit that continues to these days against 11 different former officials, former ministers and MPs.

But what is privacy in the age of the digitalization of many services and e-governance? How much would the highest security of privacy weigh on its importance in the face of time savings, fast digital services and greater connectivity between people. Who can ensure the implementation of privacy standards in the age of our fragile democracies and irresponsible governments, in addition to a far from normal functioning judiciary.

A school with surveillance cameras in the corridors and outdoor areas, a shop that easily catches thieves, a pharmacy that is robbed violently and the perpetrators are easily caught by the police, a city park monitored by cameras, a police operating room that monitors the pace of life at the crossroads of the city, are conveniences for many. But it is not just surveillance cameras that, in addition to the good, are challenging people’s privacy. Almost every app people download to their phone creates access to their photos, contacts and moves. Today, freedom is not a choice. The citizen cannot be protected even if he is indifferent to technological possibilities.

Yuval Noah Harari, author of three fantastic books on the origin of man and his evolution in history, in his latest book “Homo Deus”, says that dataism is becoming a new religion, where its supreme value is the flow of information”.

But in today’s debate over democracy and security, security will remain a priority in many areas, including camera surveillance. Perhaps even sociologists, psychologists, and environmentalists can benefit from the scientific insight of people moving in the rhythm of their lives.