You know how we all think we’re excellent drivers? Sure, you’re the best one out there. But here’s the thing. Even the best of us need to pay full attention while driving. Well, not only while driving, we need to pay attention to traffic in general – whether we’re drivers, cyclists or pedestrians. Fun fact: according to latest traffic data analysis collected by the Department of Traffic Signaling of the Faculty of Transport and Traffic Sciences in Zagreb, the results show that 33% of cyclists, 50% of pedestrians and 90% of drivers use mobile phones in traffic.

I’ll never forget this situation I once found myself in. So there I was, stuck in traffic in the middle of rush hour. As every other person bored with changing gears from first to second every two minutes, there I was looking around and checking what other drivers are doing to fight this boredom. And there he was. This guy in a car next to me was staring at his phone looking at something extremely important – like an Instagram page of a really good looking girl. Okay, it was clear to me why he was surprised at first when the car in front of him moved forward for half a meter so he didn't notice until he looked up and away from his cell phone screen. What I didn't understand was the fact that every time he decided to move a little forward, he didn't even check if the car in front of him had done the same. All this while aimlessly wandering the sea of Instagram profiles. In five minutes of my attention that I had spent on that “best” driver ever, I noticed that about four times he almost crashed his precious aluminum “pet”. I could never understand how could anything be more important than paying your full attention while driving, crossing a street or anything related to traffic. That’s why I’m extremely proud that the country I live in – Croatia – has begun doing something about this. 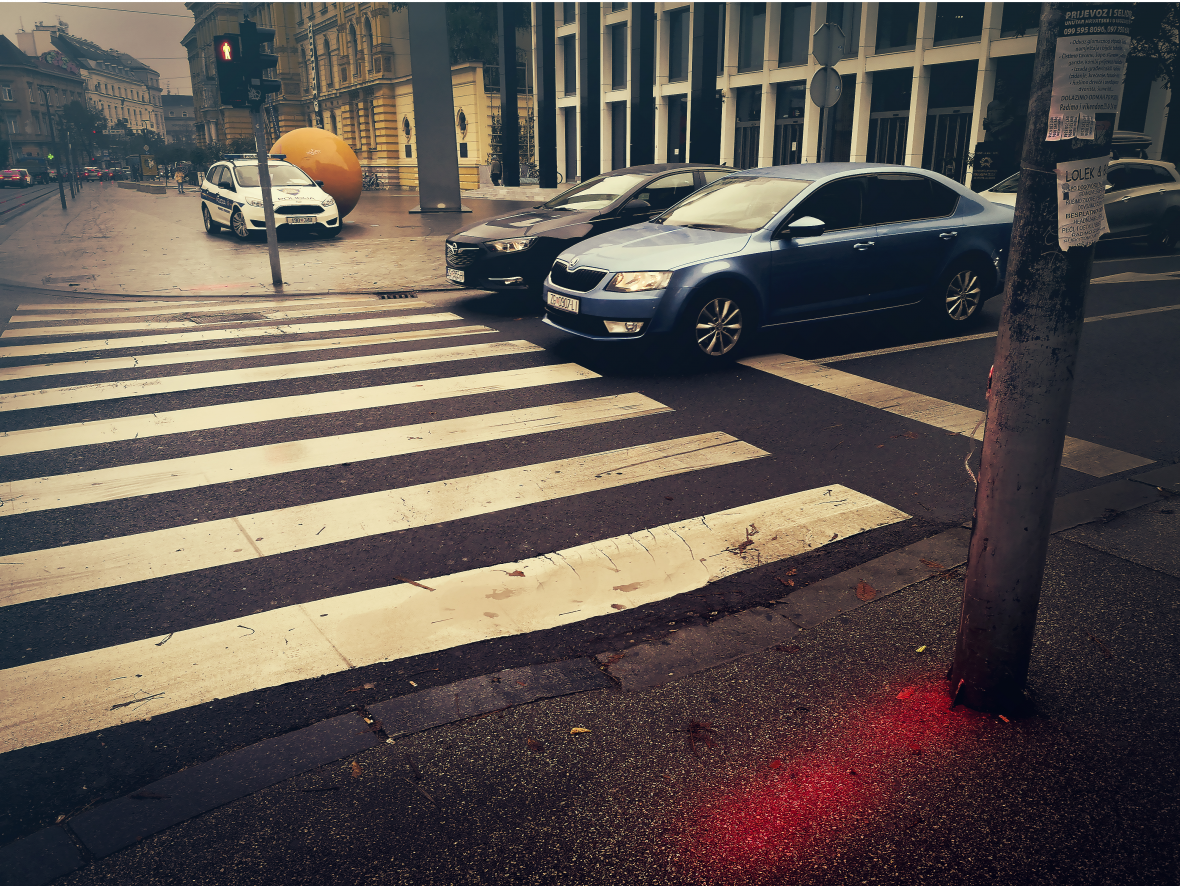 As I said in the beginning of this post, there are 50% of pedestrians and 90% of drivers that use mobile phones in traffic. It’s clear to see which one of them are in greater danger. About two thousand pedestrians in Zagreb cross the pedestrian crossing daily with the red light is still on, which means that there are two thousand potentially dangerous situations in a day that can be easily prevented by being more careful and paying  more attention. In percentages, this means that about 20% of pedestrians put themselves in a dangerous situation by using a cell phone while crossing a road. On a daily basis, every fifth pedestrian crosses the road when crossing is not allowed. For this reason, a public campaign has been launched to educate citizens and raise awareness of the dangers of using a mobile phone in traffic to, for the third time in history, commemorate the National No Cell Phone Day on October 21. For the first time in Croatia and Europe in general, a special kind of a smart traffic light was installed in the city centre. This traffic light functions in such a way that it signals by projecting light on the pavement itself, so that pedestrians who look at their cell phone can know which light is lit on the traffic light without even lifting their heads. After the measurements and traffic monitoring carried out by the Faculty of Traffic Sciences in Zagreb, once the traffic lights were set, it turned out that jaywalking dropped by as much as 50% which means that only 10% of pedestrians risk their lives on a daily basis.

Even though the percentage is lower, that still doesn't mean that we do not have to keep trying to improve. That is why there are more plans for the future – hopefully there will be more traffic lights of this kind on every more frequent intersection. I also hope there will be these kinds of projects on the highway as well. For now, we've been promised by the government 3D warnings for driving in the wrong direction and similar horizontal traffic signs warning drivers that they have entered the opposite direction.

Therefore, we should keep our fingers crossed and our phones in our pockets, along with the money for fines that we could pay!