Nermin Džindic: “Energy production from renewable sources is a must”

The Balkan region is entering a new era of communication, the less barriers, the better says Dzindic. 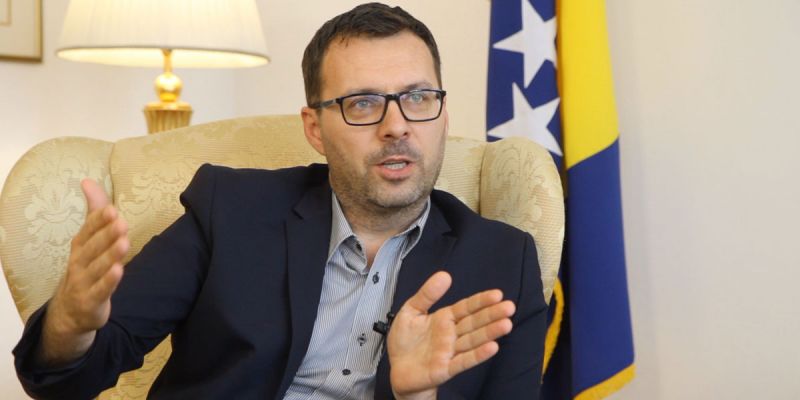 The current Minister of Energy, Mining and Industry in FBiH government, Nermin Dzindic, has no doubt that the only way to solve the problems the region is facing is an open and sincere communication between the parties. He sees breaking down current barriers in communication and putting more focus on developing good ideas as crucial.

“In order to enter the conversation about the solution on some problem, you need to communicate with him (the person), (you need to reach) the level of conversation when you have not any barrier, which will enable you to overcome the problem in conversation (with the person)”, Dzindic said to the Balkan Forum.

According to him, the energy production from renewable sources in Bosnia is a must, the country signed an agreement with the European Energy Community which obliged Bosnia to raise it’s production capacity.

“(According to the agreement) until 2023 we should raise the production of electric energy from renewable resources at almost 40%”, the minister informed.

He said that Bosnia and Herzegovina has the capacity to cover even 70% of its total needs for the electric energy from renewable sources.

Dzindic highlighted that the region is ready for the new beginning, that people are willing to cooperate, however there is a need for strong and fresh new step in current relations between the countries in the region.

“The EU and the Energy Community should understand that we need to make now another step ahead in uniting and complying of the ideas, which come from one, second, third side” thinking that the region is already communicating, however more effort should be put on concrete projects and idea sharing.