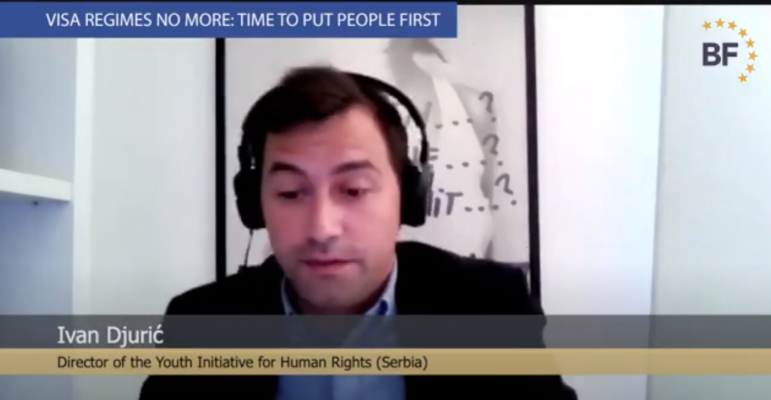 Ivan Đurić: To establish reconciliation, societies need to meet, travel, and work together

"Regarding barriers between Serbia and Kosovo, from today we have another one. If you have seen the news, the so-called reciprocity has been established and now the license plates from Serbia are not legal in Kosovo. Which is a step back, a big step back, after ten years of this agreement of freedom of movement between Serbia and Kosovo. We have'nt been able to make a significant step forward. We have been able just to take a step back. If you remember, for years we speak about possible plane line between Belgrade and Prishtina, opening new border crossings. But what have the two governments, the two countries, managed to do in the last ten years, even not to fulfill one of the first agreements. In order to have a societal reconciliation, not the one which two Prime Ministers or Presidents will sign, but that two societies establish connections and reconciliation, they need to meet, they need to travel, they need to work together. This is something that the politics should provide basis for. I am afraid instead, they are doing completely the opposite."