Goran Granic: Our region has capacity to produce energy from renewable sources 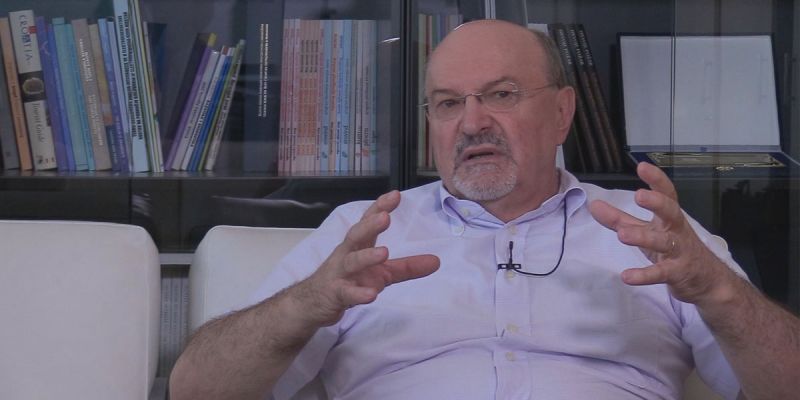 According to Goran Granic, the former prime minister of Croatia, and currently the director at the prominent Hrvoje Pozar Insitute in Zagreb, regional cooperation is a must, as small countries aren’t capable of creating sufficient critical mass which would drive the region into dynamic development.
“Small countries don’t have the potential to produce sufficient critical mass” Granic
“(At the Institute) we’ve been working for almost all governments in the region, we developed strategies for them,” Granic informs.

Asked how come one Croatian institute developed energy strategies for the entire region and wider, he says it’s a process, it requires devotion and professionalism, but regional cooperation was crucial for development of his Institute.
“(In order to see your value) you need to get out of your house and face others problems, which are not directly connected with your own environment,” he says. According to Granic, this attitude gives the possibility to develop critical thinking. “That’s why we decided to go out of our circle, today it’s our core policy, we’re implementing more than 70% of projects outside of Croatia,” Granic says.

According to Granic, in some fields, as for example statistics, Hrvoje Pozar Institute is the best within the entire European Union.

Currently the Institute works with all the former ZSRR countries except Russia, big number of projects in Africa, the most recent ones Ethiopia, Kenya, and twelve other countries in South of Africa.

“Energy sector is going through a great transition. If we comply with the recommendations to protect the environment, energy sector will experience important changes” he says.

According to Granic the region has a great capacity to produce energy from renewable sources. “The sooner countries accept the fact they need to change their paradigm, the faster will they be able to develop and take the advantage out of it (the changes),” Granic concluded.

“It would be good to create a new cooperation atmosphere in the region, leave the past behind and work for the wellness of the citizens."

Granic’s wish is to create a joint energy strategy for the Western Balkan countries, however the idea didn’t find enthusiastic reactions within the governments. “(In order to be able) to deliver this kind of idea an extraordinary level of cooperation between the governments and those who deliver the idea is a must.”

Granic is convinced that such a project would only bring benefits to the whole region. However the governments don’t have enough trust and don’t seem to understand the potential of this idea. “Obviously, the more joint projects in energy sector, the better. Every exchange of people, goods, and the freedom of movement can only contribute to the better quality. Every ghettoisation is always wrong and brings bad consequences,” he said.