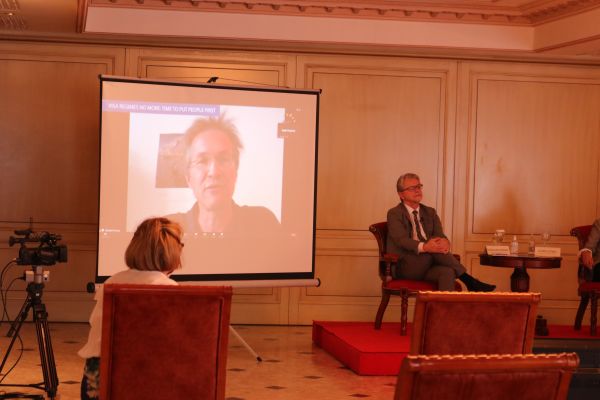 "Yes I have worked in this issue from 2009 when we published the first letter, calling on the Commission to prepare a visa liberalization roadmap, which it was not prepared at that time, together with Otto Schilly and Julian Armato, the two former interior ministers. Since 2009 we wrote a lot of papers until 2015 and then basically the issue dropped off our agenda as much as off the agenda of I think a lot of European civil society. Why? Because it looked hopeless and if it looks hopeless, you don’t spend your time on it, I mean this is a very basic principle of human motivation. How do you move one country with what arguments from the black list to the white list? Clearly European interior ministers were ready to lift/move Albania there, were ready to move Bosnia there, were ready to move Ukraine there, were ready to move Moldova and Georgia there and are reluctant on Kosovo.