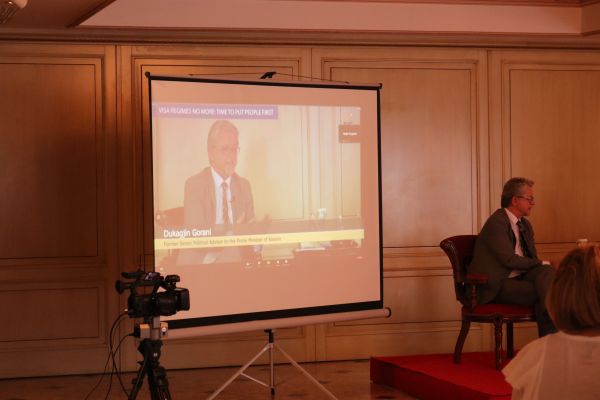 Dukagjin Gorani: the truth is not being told to Kosovo public from the side of Brussels

"In its outset this whole issue was presented as technical. It was about benchmarking and about certain standards, technical standards to be met and then once they were met, we have encountered a radio silence from Brussels, which still persists. What I do not understand and I consider that to be a rather indecent to be more precise from the side of Brussels, is that this truth is not being told to Kosovo public. The truth that the visa lifting procedure is entirely conditioned by the outcome of the political process and the dialogue with Belgrade. And while this truth is not being openly articulated and openly interpreted to Kosovo actors, these two problems will persist. A dialogue will protract and prolong indefinitely and the agonising isolation will continue."