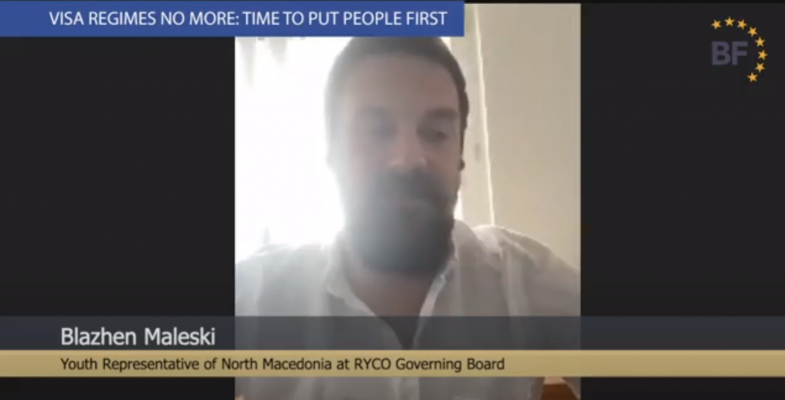 "Although RYCO is giving the necessary tools to organize such gatherings of young people. It is very difficult when you have visas in place, and the administration barrier for organizing such events is huge, especially when you count in Kosovo and Bosnia and Herzegovina if you have organizations who have gotten money from RYCO to organize such events. Even the initiative to have a regional cooperation office for youth in the Balkans was a huge step, and a political step by all governments from the Western Balkan six in order to bring young people closer together. And I think it's a little bit kind of a stupid situation when you have in a sense the political will to finance and to establish such an organization but on the other hand, make it as difficult as possible for young people to actually meet in the sense of having visas and bureaucratic stuff that you have to go to if you want to meet people from, if you are from Kosovo and want to meet people from Bosnia, and vice-versa. We have to lift such restrictions for young people, because, in essence, you are sending a wrong message to young people. Not only because it's extremely difficult to get a visa, but because it creates this narrative that you actually shouldn't go, that you are not welcome. And this is something I think the government should think about. I don't think that the government of Bosnia and Herzegovina, wants to say you are not welcome to Kosovo youngsters."